Prevention of Sexual and Gender Based Violence 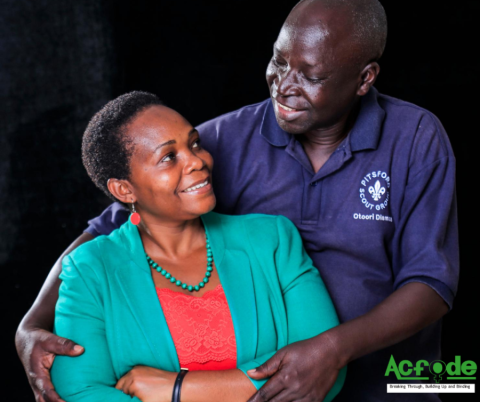 The organisation has employed community approaches such as ‘the model couple approach’ to challenge power relations and negative socio-cultural practices that are the root causes of violence against women and girls. The targeted couples have addressed power imbalance including early marriages, disrespect of women and girls’ rights and choices within their households and have been recognized as role models in their communities. The model couple approach is a self-sufficient structure at the community level that works in close collaboration with social actors such as cultural leaders, religious leaders and duty bearers such as police particularly the Child and Family Protection Unit, health workers and probation officers to reduce violence against women and girls and promote access to Sexual Reproductive Health services.

ACFODE has influenced the review and formulation of ordinances and district by-laws that address VAWG and SRHR. By-laws that have been passed include – a decree that regulates the issuing out of birth certificates to offer the girl child protection against all forms of sexual abuse and exploitation, in Nyarusiza Kisoro District and a by-law on the right to Equality in Education as a means of promoting girl child education passed in Agwata Sub County (Dokolo district).

ACFODE works in refugee settlements to strengthen community structures and the capacities of GBV actors to design gender responsive services that respond to women and girls concerns. ACFODE has empowered women leaders in refugee settlements to influence processes and systems both in the refugee and host communities for gender-responsive policies, plans and budgets across the country.