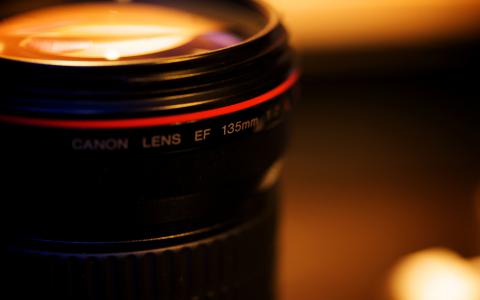 ACFODE has been involved in Uganda’s democratic processes. In 1988, the establishment of the Ministry of Women in Development under the President’s Office was a landmark for ACFODE since it served as the national machinery for the advancement of women. This was followed by the creation of women’s desks in other government ministries and in public offices (local government). Today the Ministry of Gender, Labour and Social Development is responsible for the overall formulation and coordination of policies on women.

ACFODE was a leading force in pressuring the government to ensure that affirmative action becomes embedded in the institutions of the State. ACFODE played a role in convincing the NRM government that affirmative action was also of crucial importance in the political arena. As a result, binding seats were secured women representatives at all levels of the local councils.  Today as a result of affirmative action, 121 women were elected into the 10th parliament and the numbers of women who competed on open seats both at the national and local level have steadily risen.

In 1995, ACFODE participated in the formulation of the landmark 1995 Constitution of Uganda. ACFODE together with a number of women’s organizations successfully lobbied for the inclusion and enactment of gender-related human rights provisions appearing in the preamble, in the National Objectives and Directive Principles of State policy. ACFODE was proactive in influencing the content and outcome of article 78 and 180 of the Constitution that guaranteed women’s representation in Parliament and local government structures.

ACFODE participated actively in the review of the 1995 constitution. When the Constitutional Review Commission (CRC) was set up to receive countrywide views on the constitutional reforms, ACFODE commissioned research into the gender gaps. The study findings which reflected the people’s views on constitutional reform formed part of the memorandum that ACFODE presented to the CRC.

ACFODE has been part of active and collective civil society involvement in election observation and voter education as a member of the following coalitions/groups: The National Organization for Civic Education and Elections Monitoring (NOCEM). NOCEM observed the 1994 CA elections and the 1996 Presidential and Parliamentary elections; The National NGO Election Monitoring Group (NEM Group – Uganda) formed in 2000, the Group monitored the 2000 national referendum on the return to multi-party elections, and then the 2001 presidential, parliamentary, and local government elections; The Democracy Monitoring Group (DEM Group) observed the 2005 referendum, presidential and parliamentary elections in 2006 and 2011 and finally The citizen’s Election Observation Network (CEON-Uganda) which observed the 2016 General Elections.

All throughout this process, ACFODE maintained a specific focus on monitoring the participation of women, youth and other marginalized groups, including identifying reporting incidents of violence against women voters, candidates and party agents.

ACFODE was also key in promoting the Citizens Manifesto (2011), a document highlighting the concerns of Ugandan citizens and their expectations from their leaders. The Manifesto also pointed out the roles and responsibilities of the different leaders and the citizens. It was meant to mobilize citizens to engage in governance processes and participate in the 2011 General Elections.

ACFODE under the Women Democracy Group compiled the Women’s Manifesto 2016-2021. The manifesto is a political document that stipulates five priority issues that must be addressed to improve the livelihoods of women.  The document was a point of reference for aspirants in the 2016 General Elections on women’s issues and continues to be a blueprint for women leaders, elected into office on what must be improved for the country to realize and gain from women’s full potential.